Here are 10 great signs on how you can identify when the market cycle bottom is in. From negative sentiment to full-blown recession, learn what to watch for in peak bear!

This is part two in our series as we cover some of those tell-tale areas that define when the bears are out of hibernation and on the prowl. You can find part one, How to Identify the Market Cycle Top - 10 Great Signs The Top Is In here.

10 Great Signs The Bottom Is In

This list is by no means exclusive, but it can serve as a barometer on just where the bear cycle timeline might be from the rise of negative media attention to a grand closure of companies going bust.

Opposite the bull market, the media will be full of negative headlines and stories. And that includes not only network media such a syndicated news outlets - but also local news and independent journalists who may have their own following on social media.

An increase in consumer spending keeps the economy expanding. However when that spending stops, it is often because consumer sentiment is low. When the confidence of the average consumer declines, financial markets will begin to feel it.

The University of Michigan Consumer Sentiment Index is a consumer confidence index published monthly and tracks how consumers are feeling about their economic situation. It is a good way to keep track of this important factor.

3. Mergers and Acquisitions Are Very Low

Companies will be preserving capital. Acquisitions and mergers are transactions in which the ownership of companies, operating units of a business, or other business organizations, are transferred or consolidated with other entities.

During deep bear markets, you will rarely see any mergers or acquisitions happening.

4. Cautious Investors Are Risk Off

Average investors will not be investing and instead will be preserving their capital. Investors will also be choosing risk-off assets if they do invest. You may hear terms like “flight to safety” or "safe haven investments" during extended bear markets.

Depending on the exact economic conditions being faced, you will either see the start or tapering of Quantitative Easing, also known as QE. QE is a monetary policy where central banks attempt to ignite economic activity by buying a range of financial assets in the markets.

During a financial crisis, the credit markets will freeze when market liquidity evaporates. This holds true for both business and personal lines of credit. Banks will not be very interested in loaning money either.

For example in the 2008 crisis, the issuance of corporate bonds declined, the structured credit market froze, and secondary credit markets became very illiquid. You'll see the credit card offers coming to your email inbox or home mailbox also go to the wayside.

This one is pretty obvious, but there will be low trading volume across the markets (and that applies to stock and crypto exchanges alike). Trading volume equates to the amount of shares (stock) or coins/tokens (crypto) that are traded during a given period of time. Smart investors will use trading volume indicators to confirm a trend's existence, continuation, or reversal.

The debate around what exactly a recession is continues to be changed or expanded upon, but generally excepted is that a recession is a cycle contraction when there is a general decline in economic activity.

It is a mostly significant and prolonged downturn in economic activity that is also widespread. As a specific rule of thumb, a recession can be classified as two consecutive quarters of decline.

If recession chatter has been in the news and has been going for some time, or there are debates whether the current economy is in one or not, then you likely already are in one!

Hiring comes to a halt, or near halt, and unemployment numbers may even begin to tick up when the bear takes hold. Companies will cut new hiring and lean towards preserving capital while running leaner operations. You'll see the job market dry up to a degree, or at least much less in the way of new job creation.

When times are tough and the bear is hungry and growling, plans for new startups and the appetitive for new risk will run dry. You might even see a wave of startup failures, as those newer businesses run out of capital to execute their business plan.

You will often see limited IPO announcements and the availability of deals in venture capital will be few and far between. Opportunities will still be out there, you'll just have to search harder for them!

Enjoyed this List? Now it's time to identify when the top is in! You can do that here. 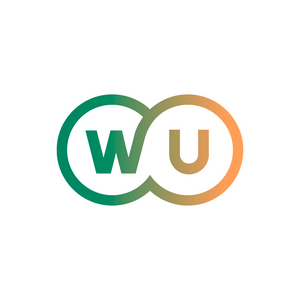 WealthUnion is an exclusive community focused on getting our members special startup and private crypto investment opportunities.

Never miss a single report, join the WealthUnion Insider's FREE newsletter to insight like this delivered right to your inbox.

Enter your details below to join the challenge.